Fleet races and match races for a weekend of pure adrenaline

The SF FOIL CUP 2021 is set to kick off on 12 November, the first regatta of the 69F circuit dedicated to sailing professionals – the 69F PRO CUP.

The first event of the series, hosted in Palermo at the Circolo Velico Sferracavallo, will see six teams compete in fleet races and match races on the incredibly fast Persico 69F craft. The protagonists of this top-level weekend of sailing will be sailors who are regular competitors in the leading international sailing circuits.

The champions taking the helm of the 69F foilers will be: Francesco Bruni, helmsman of Luna Rossa Prada Pirelli, Spanish sailor Tamara Echegoyen, a gold medalist at the 2012 London Olympics, Phil Roberston, helmsman of the Spanish SailGP team and two-time winner of the World Match Race Championship, Ruggero Tita and Dylan Fletcher, Olympic gold-medal winners at the most recent Games in Tokyo, in the Nacra 17 and 49er classes respectively.

The sixth team taking part will be the winner of the 69F Youth Foiling Gold Cup, the international circuit reserved for young sailing talents, the last leg and finals of which are currently underway in Cagliari.

The intense schedule will see two days of fleet races and a Sunday dedicated to match racing: three days of great sport and spectacular competition against the stunning backdrop of Sicily’s Gulf of Sferracavallo.

Francesco Bruni, sailor and promoter of the event:

“The next event of 69F will be held in Palermo: a big city with one million people living there, in love with the sea. The summer is very long, with good conditions even in November. I know Palermo very well. I learn to sail there and I lived there for a good part of my life. I’ve been traveling around the world in the last few years, but I still have Palermo in my heart.

This is the first time pro sailors teams are competing in 69F and I’m very excited to see the foiling boats in Palermo.  Among the entries, there will be also an only female team and an Under25 team: a good combination and we will have lots of fun. It’s gonna be a great event to end the 2021 season of 69F.” 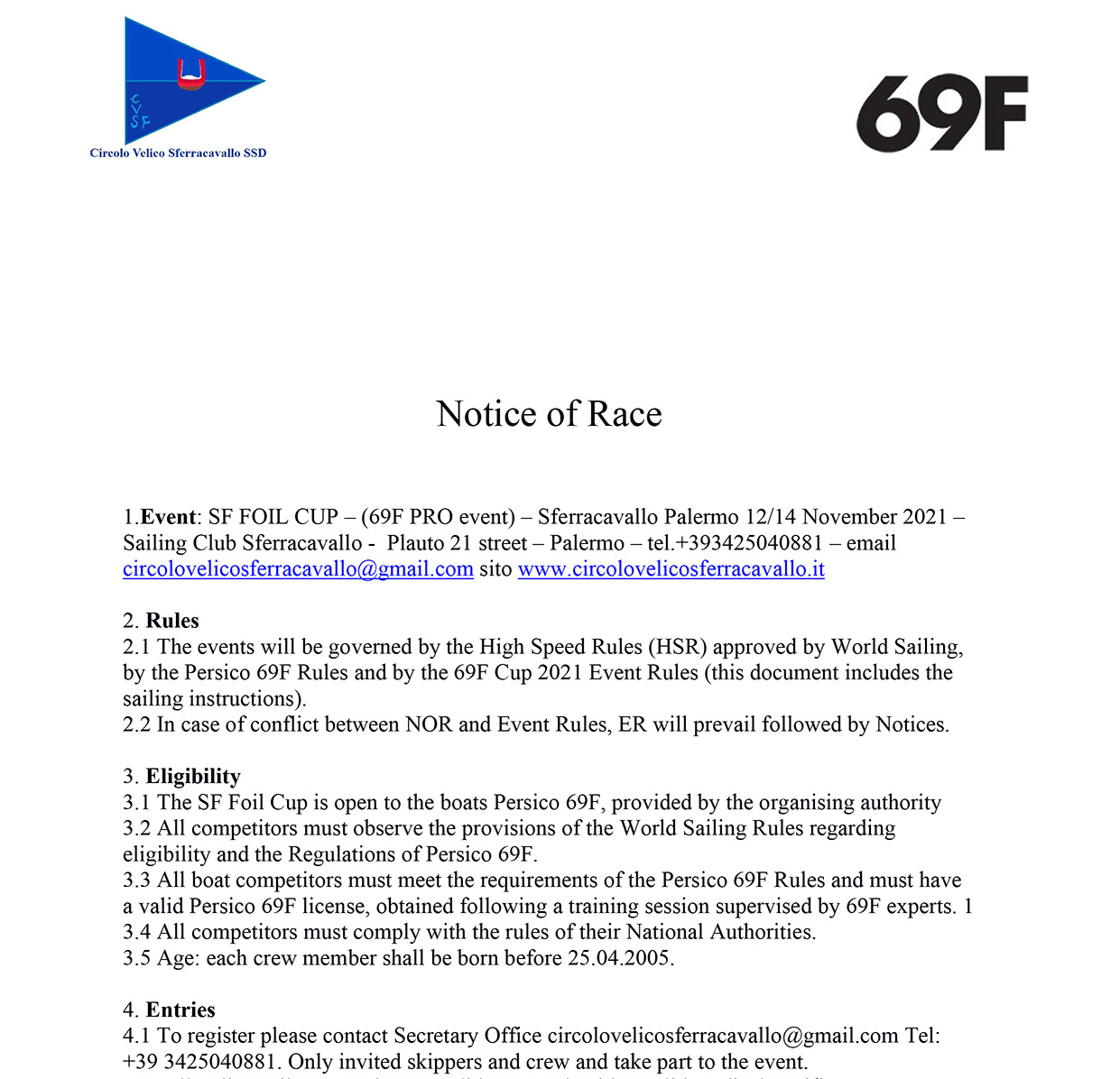 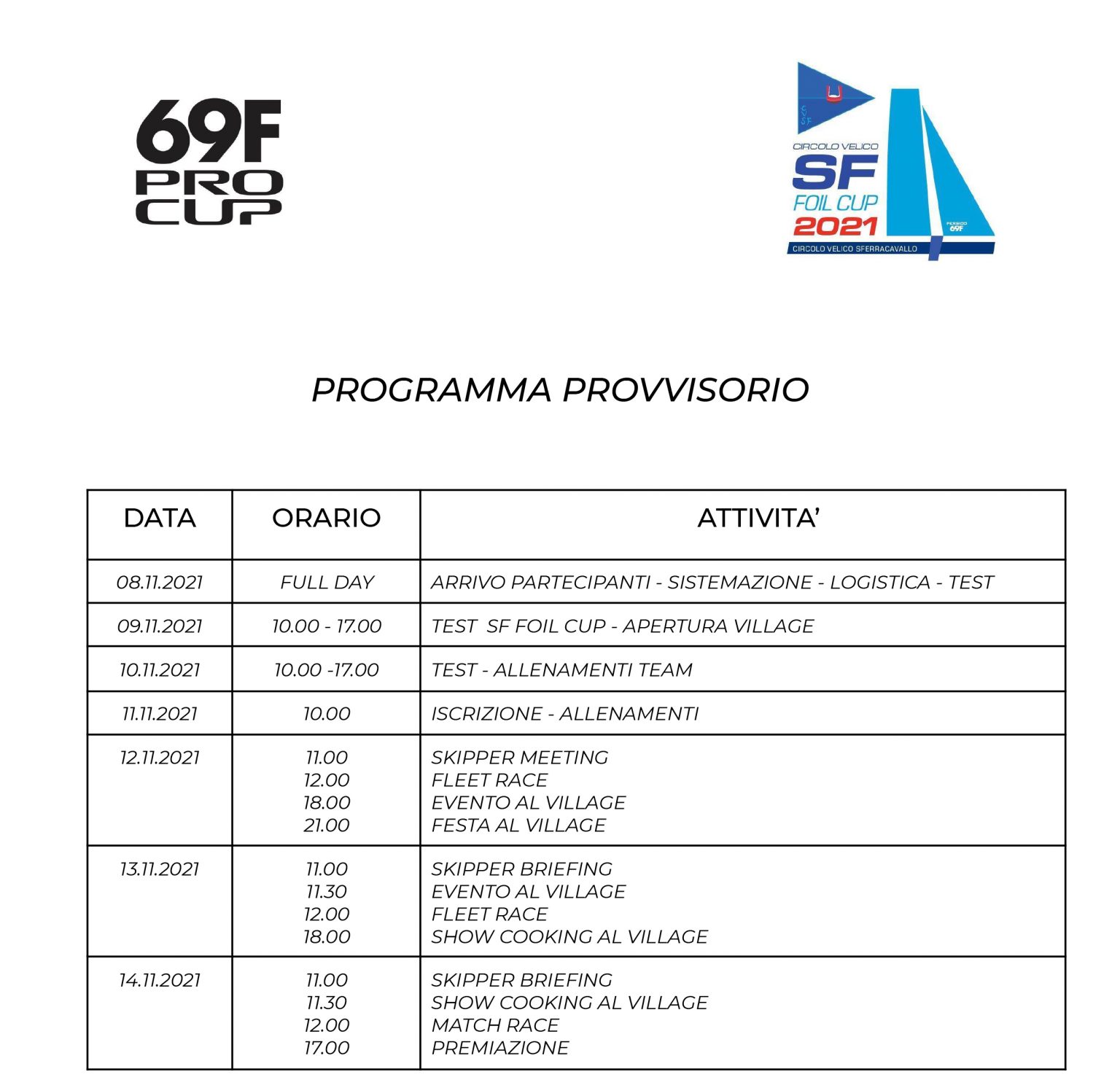 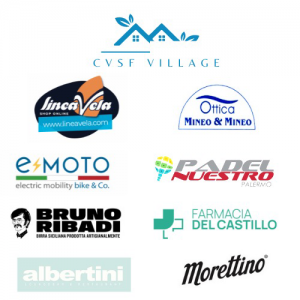 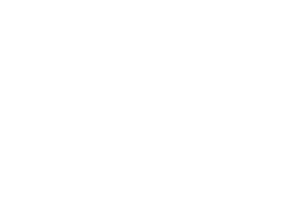 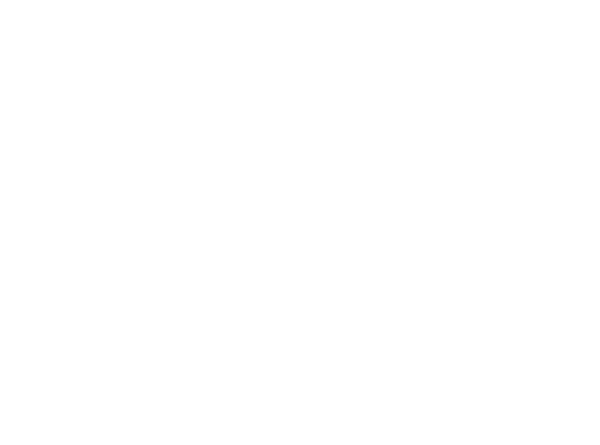